5 Branding Mistakes That Hurt Your Business

Building a successful business is a long process, and it’s a neverending job. Of course, branding is an important part of that. Branding is a complex process, and some might find it confusing. It’s an ongoing thing and demands constant improvements. That’s why it’s easy to make mistakes along the way.

How to do it properly and avoid branding mistakes?

Even some of the big names in the industry with established brands have made some big mistakes along the way. So what are the branding mistakes that could hurt your business?

Brand identity is one of the most crucial parts of the equation. To be able to launch yourself on the market, you need to figure out what your company’s about. What are the core values that your company represents, what are your visuals going to be like, what is going to be your tagline?

Think about everything that makes your company unique. Think about how you want to present that to the world. Once you do that, be consistent. You can’t claim to stand for one thing, then for something completely else the following month. Sending an unclear message to your audience always ends up poorly. If you plan on redesigning, always bear in mind that the core of your visual identity needs to stay unchanged. For example, Gap had a big flop with its attempt to redesign its logo in 2010.

They tried to change it into something entirely else, and the public hated it. Unfortunately, Gap’s efforts to try something new and fresh fell through. They changed their logo back to the original in a matter of days.

2. Being too similar to your competition

For example, Starbucks is a giant that is famous for its coffee. When they opened their first  South Korean store back in 1999, the competition was ready. That same year, South Korean company Elpreya started selling its coffee named Starpreya. However, the similarity in the name is not the only similarity that these two brands share. Elpreya was under a lawsuit by Starbucks because their logo was too similar to Starbuck’s. 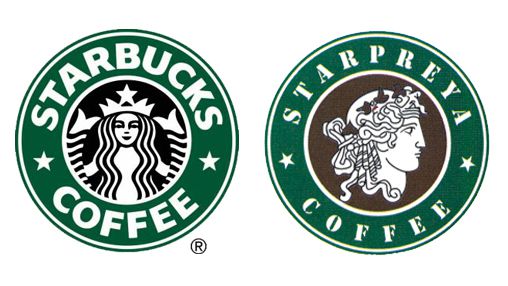 The similarity is unquestionable. Even though Starbucks didn’t win the lawsuit, the public was not fooled. They recognized the lack of originality in Elpreya’s branding. Regardless if you’re copying the visuals, campaigns, name, or something else, you can’t fool the public. They will always notice your lack of efforts to create something original. Not to mention that copying your competition deducts your credibility while looking lazy and sloppy.

3. Trying too hard to stay ‘trendy’

Of course, you need to keep up with trends to stay relevant. For example, not many businesses had a Facebook page back in 2006. But ten years after, every company has its page on Facebook. After Facebook, we got Instagram. It is important to stay updated. However, you should not follow every trend that comes along.

There will always be something that is trending, but does it go well with your brand image? This is one of the branding mistakes that are the easiest to fall into. The tempo of our lives has gotten pretty fast, and we are consuming news and trends even quicker. It’s important to differentiate between temporary pop-culture whims and staying up-to-date. Be mindful of what you spend on your time, money, and efforts. Think of your long term goals and if this trend is really something that is going to help you achieve it? If not, is it possible that it will be forgotten the next day?

Mind the image that goes with your brand. Never go with something trendy that doesn’t compliment your brand’s image. Your customers will recognize that as ‘trying too hard,’ and that will undermine your brand.

4. Not doing the research

It goes without saying that you would research the market before launching any brand. You need to know who your audience is and plan your strategy accordingly. Of course, you can’t just wing it. You have to do actual research on who are the people that would use your product, what are their interests, etc.

However, your research never ends. Listen to the public and what they have to say about your product. This is a great way to obtain some new ideas and fix potential mistakes. Rejecting to hear what your customers have to say is a terrible mistake. Always make sure to research what you’re doing right, what could be improved, etc.

5. Not being prepared for a foreign market

Even if your brand is locally oriented, you can never know its scale potential. Of course, there’s nothing wrong with starting small. Sometimes it is the safest option, but never underestimate the potential of your growth. That means don’t overuse local vocabulary or symbols. If your hopes for the future include going global, think of going with a language that is widely spoken.

If you are taking on a foreign market, hiring a qualified translator is a must. There are countless examples of campaigns gone wrong because of a bad translation (or a complete lack of it). 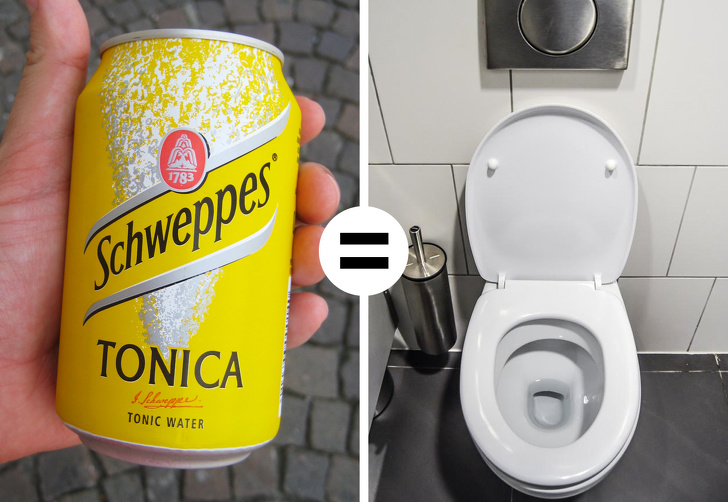 One of the most famous examples is Schweppes with its campaign that fell through. While trying to run a campaign in Italy that was about tonic water, it translated into the toilet water. There is much more to launching your campaign in a different country than just finding the equivalent word in a foreign language. Some things are appropriate in one culture, while completely inappropriate in another. So, if you are thinking about spreading your business into a foreign market-make sure you are well prepared.

Everything we talked about seems pretty sensible, right? To avoid making cardinal branding mistakes you should work out the idea of your brand’s identity, don’t copy the competition, don’t jump on every bandwagon, mind your customers’ opinion and do your homework if you’re spreading beyond borders. However, it isn’t that obvious when you’re in deep. If it was, giants like Gap and Schweppes probably wouldn’t be guilty of their faux passes. But that’s a good thing because you can always learn from their mistakes, right?